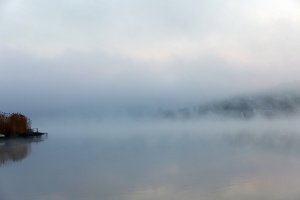 Monday mornings are notorious and this morning was a doozy! This morning the city was enshrouded in fog. Out in it, the fog became mizzle. Too fine to be called drizzle but more than just a fog, just as I imagine would set the mood for my Irish characters as they left their homeland. Just enough to mask some of the tears one tried to hide.

Travel by sailing ship was a gamble. Of course many sailed the high seas for years without encountering the kind of tragedy which could and did strike the strongest ship with the most experienced crew without warning and with devastating results. Before the Suez and Panama canals were built, the journey was especially hazardous around the “horns”, Cape Horn and the Cape of Good Hope.

The Roaring Forties and the Freemantle Doctor were and still are almost as hazardous as the Great Australian Bight but still they braved them, as the wrecks found scattered about and those forever lost attest. It took a brave and/or adventurous emigrant, or a desperate one, to embark on such a journey voluntarily. Those shipwrecks might seem great diving spots today but the sorrow and the loss of those aboard and those at home must have been immense. To risk your most valuable horses on such a journey was also a calculated risk, not undertaken lightly which is why it was the last resort for Liam in Torn.

Every horse in Australia came from somewhere else. I thought it would be easy to understand the logistics and find out how it was done. It only sounded easy. I spent months, off and on, searching for answers specific enough for me to feel confident to write those scenes aboard ship and in the hold with Liam’s horses. There were some great stories when I finally found what I was searching for.

Those shipwrecks might seem great diving spots today but the sorrow and the loss of those aboard and those at home must have been immense.